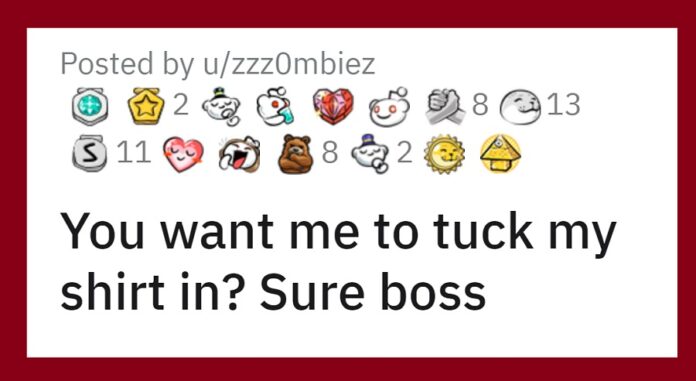 A woman recently decided to take it to Reddit’s popular sub MaliciousCompliance to share the story of how her clueless manager requested her to tuck her uniform into her khakis when she was 8 months pregnant.

Even though the company had a special policy for pregnant female workers, the new manager didn’t care about the rule, and the woman and her co-worker did as they were asked and both of them ‘tucked in their shirts looking absurd’.

Expectedly, as she puts it herself, they look crossed the absurdity line, and many customers complained about it. We invite you to read the full story for yourself below and share what you think about it in the comment section. 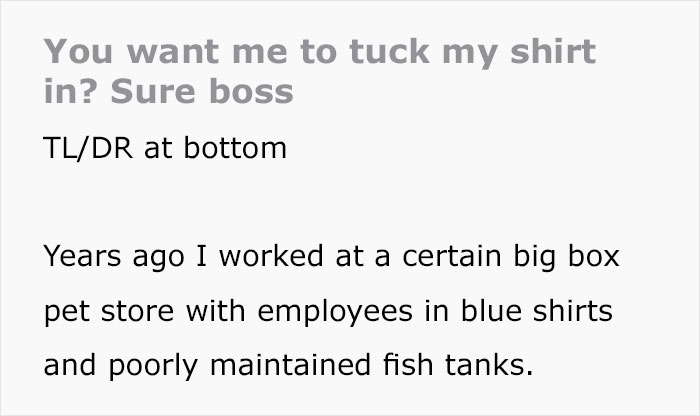 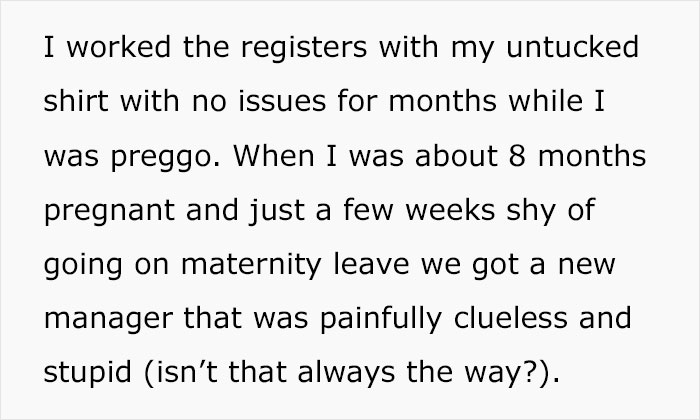 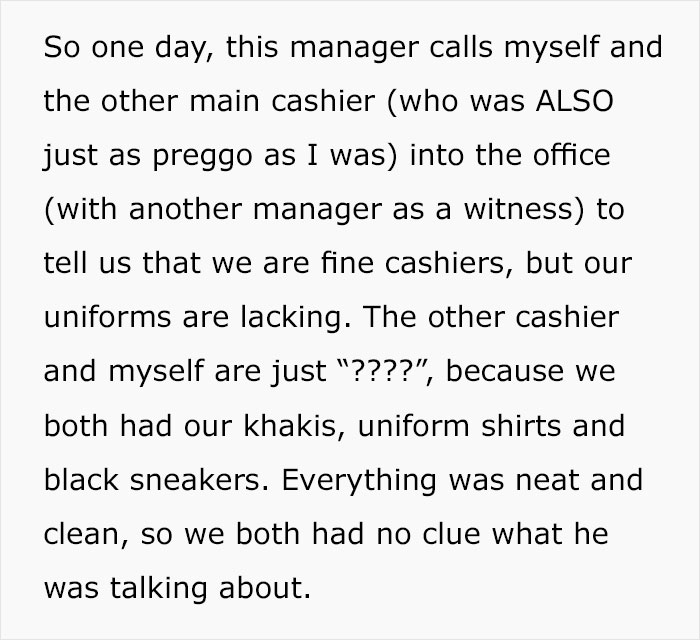 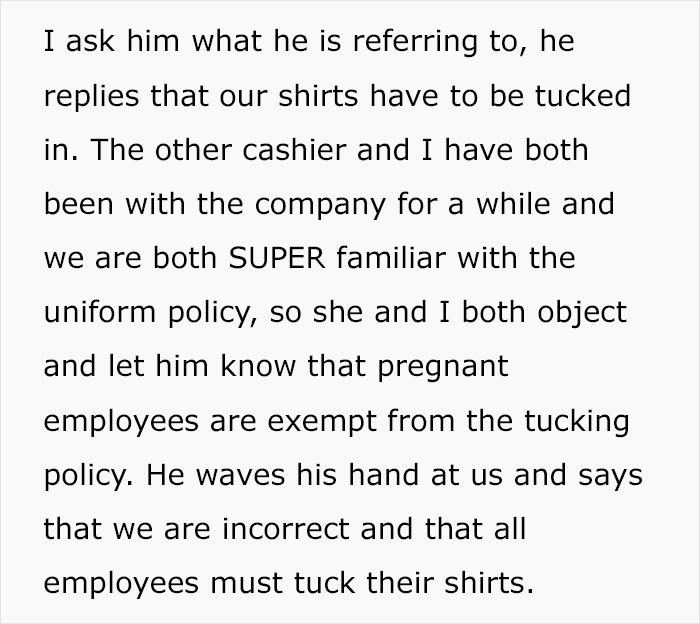 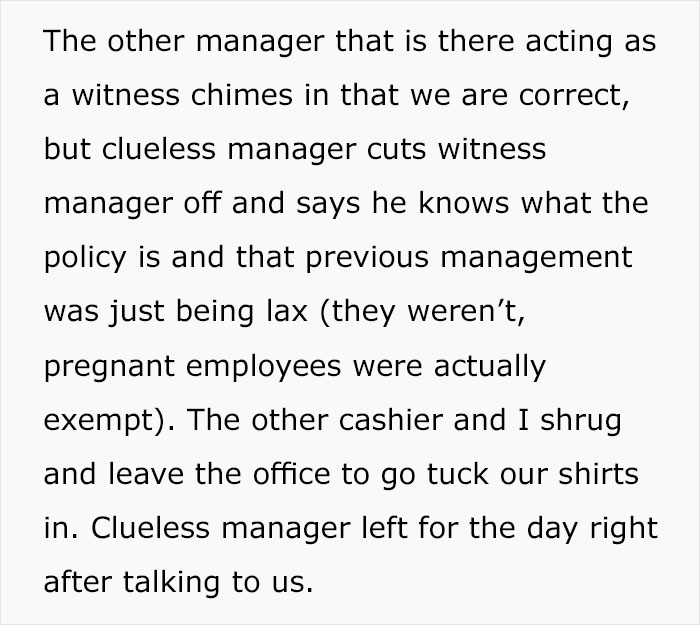 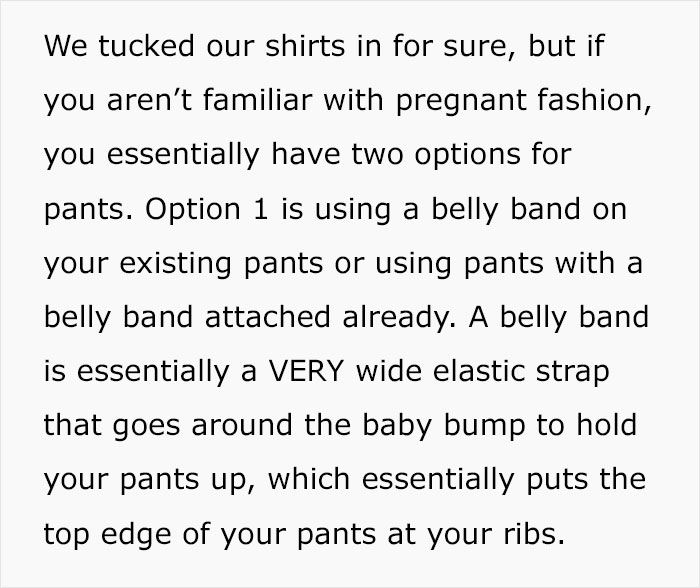 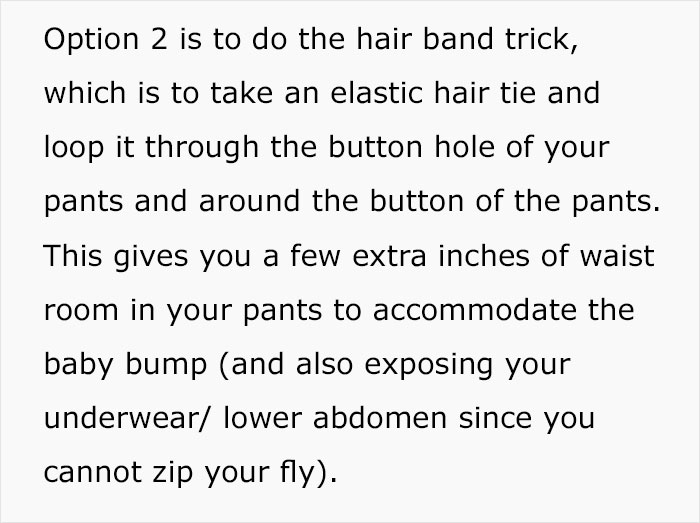 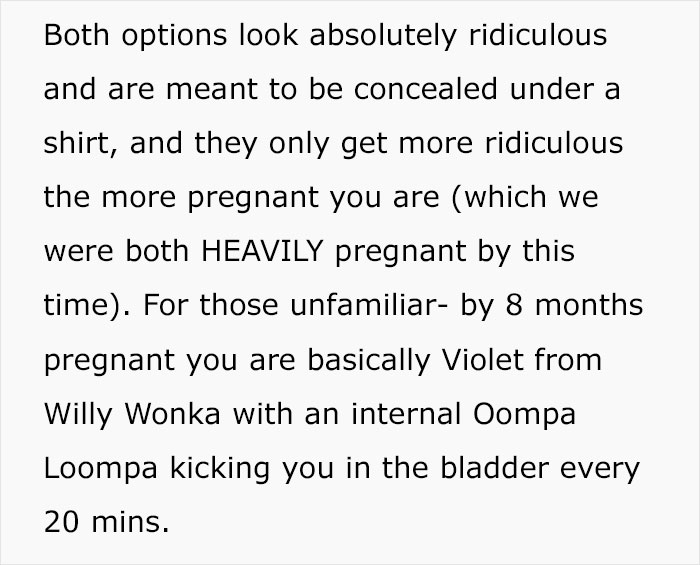 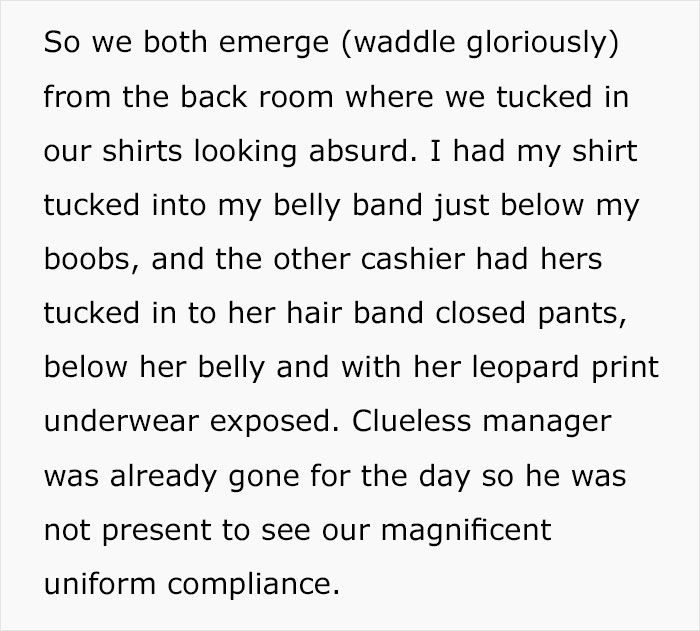 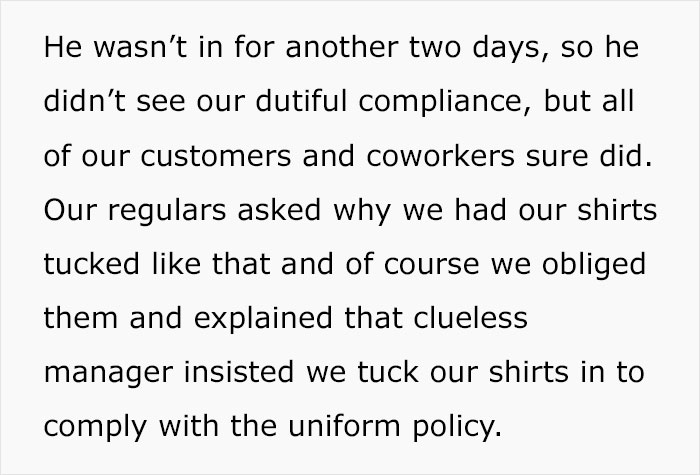 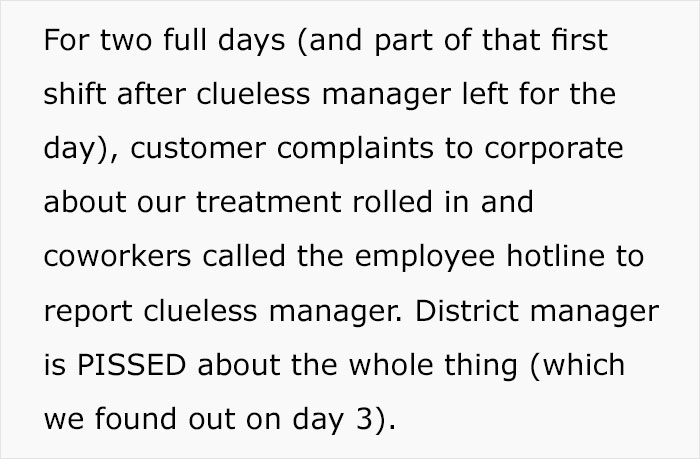 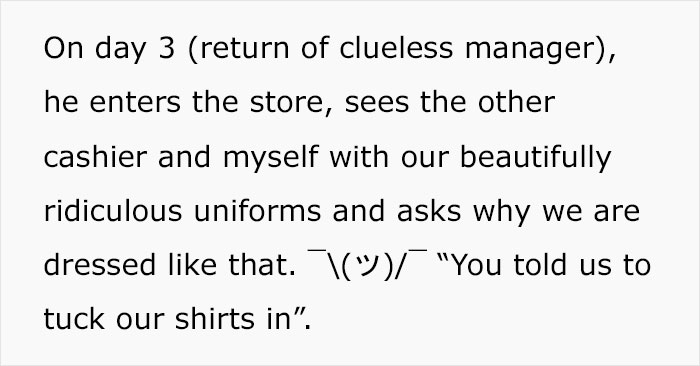 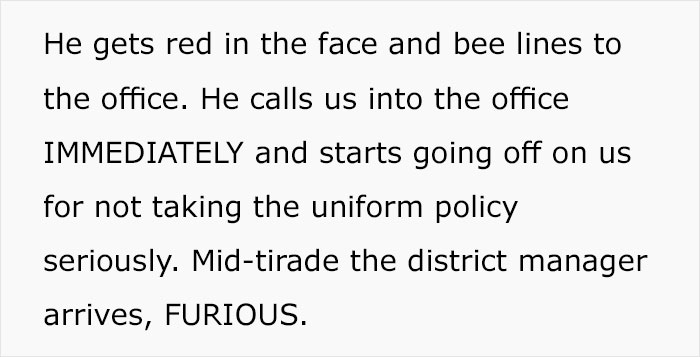 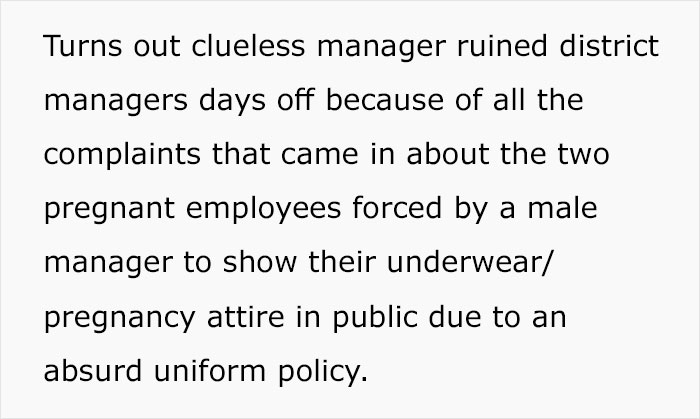 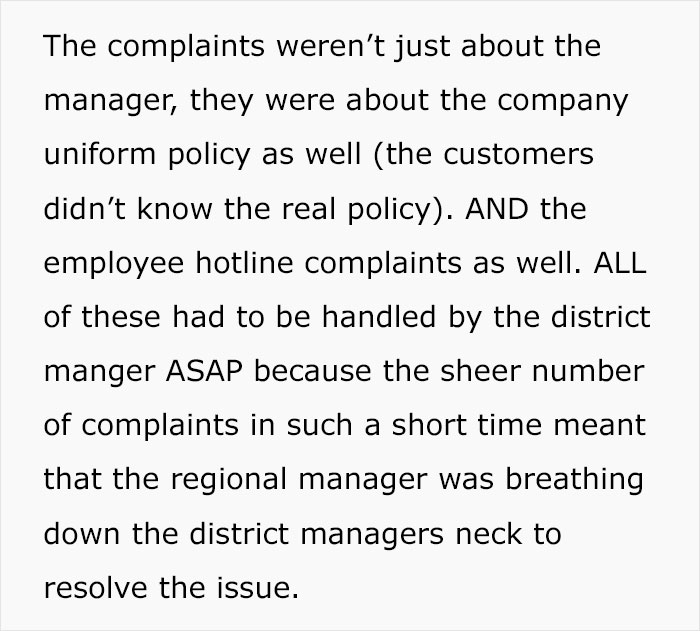 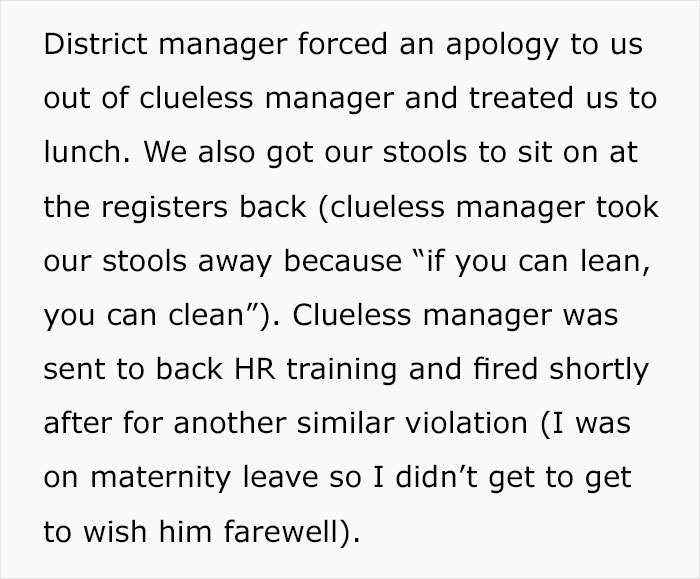 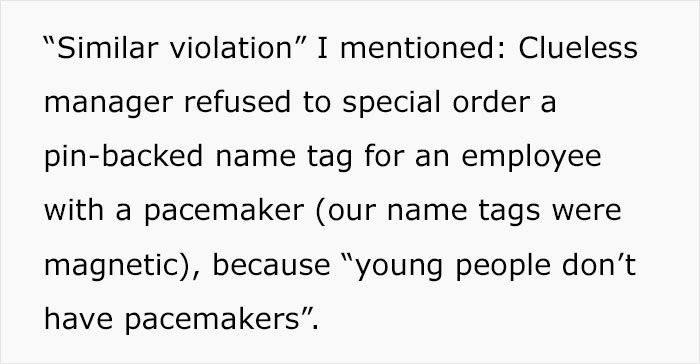 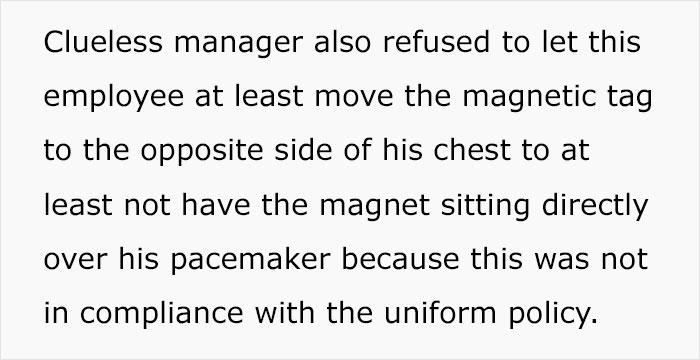 The post gained a lot of popularity on Reddit, and the comments soon started flooding in. This is what people had to said about this ‘malicious compliance and the ‘clueless manager’: 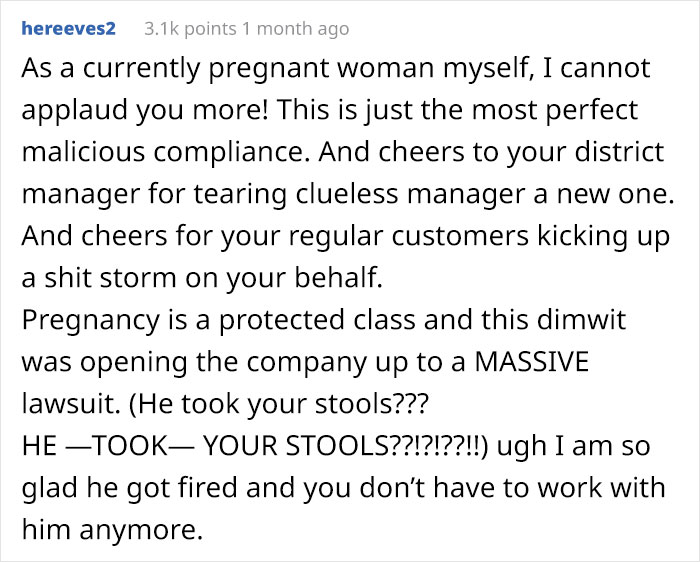 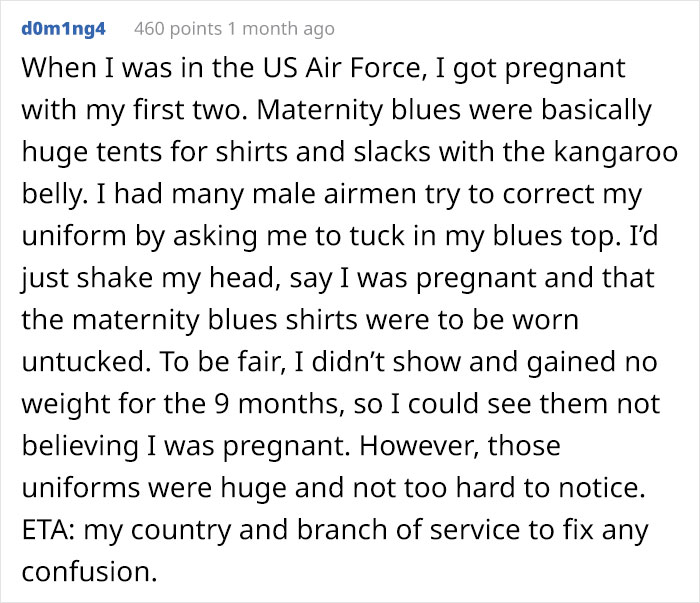 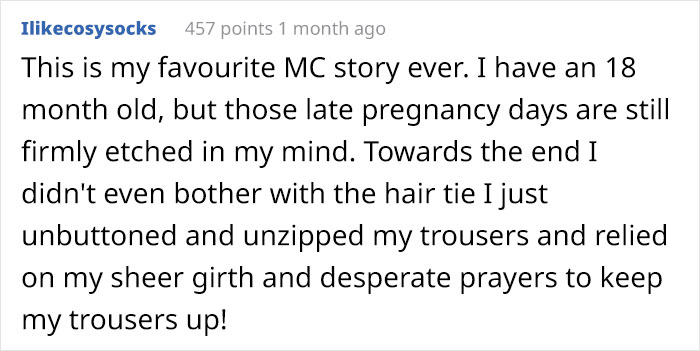