Home Parenting Mom Wants To Kick Her Daughter Out Because She Wants To Become...

Today it has become a norm to peruse a career even when most of us are still trying to figure out our true calling in life. One of the main reasons for doing so is the way we were brought up, with constant questions about what kind of profession we are going to choose.  Some have decided to not crack under the pressure and simply not want a career for themselves, but never the less a person has to do something to contribute and provide for themselves and for others. One reddit user @u/anallstar has decided to share her situation with others and ask for an opinion after her 16-year-old daughter stated that she doesn’t want to pursue a carrier and her dream is to become a stay-at-home mom. The story gained a lot of attention after the mom tried to knock some sense into her daughter… 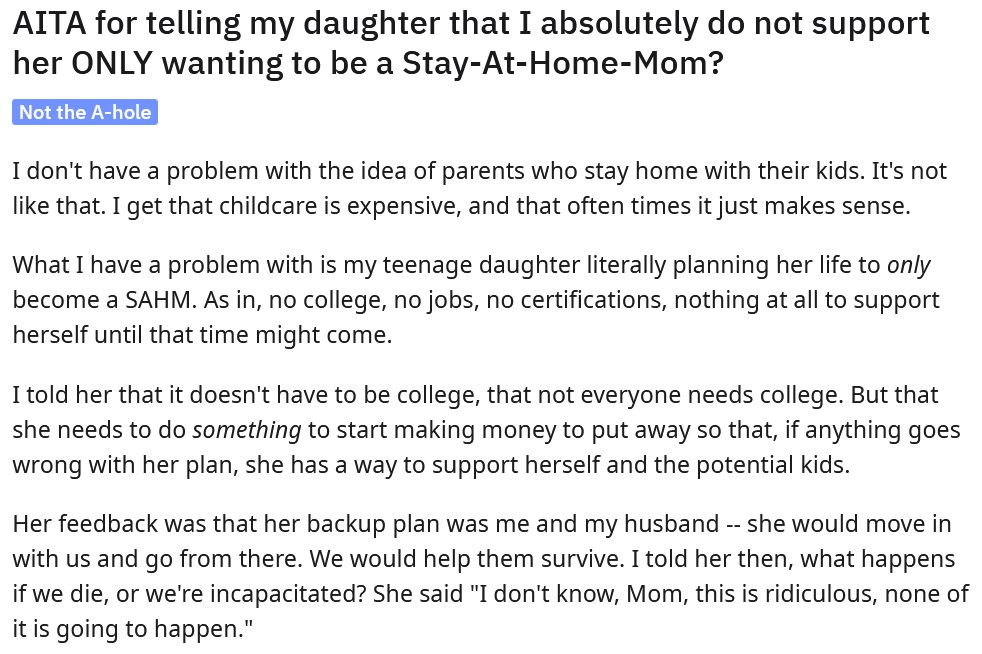 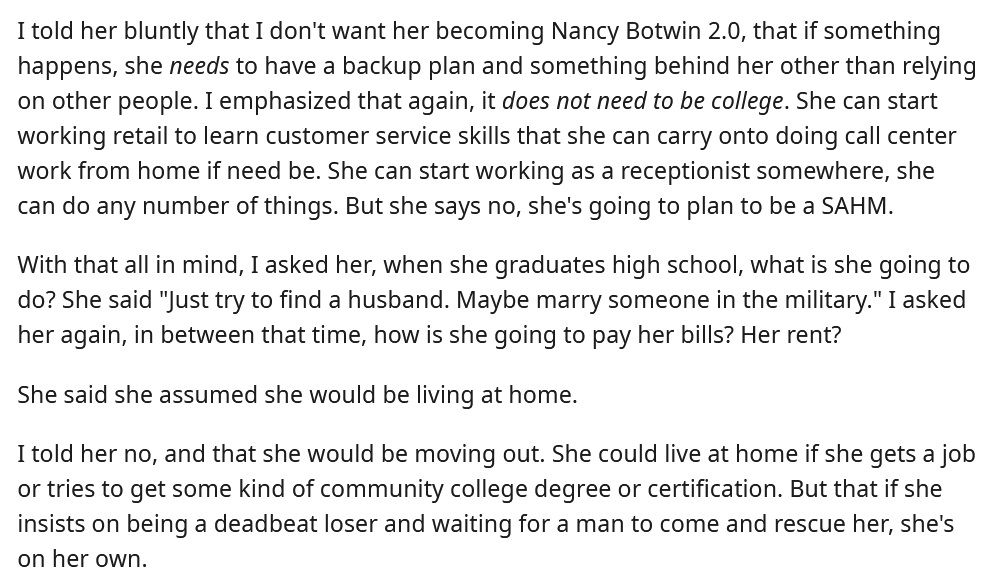 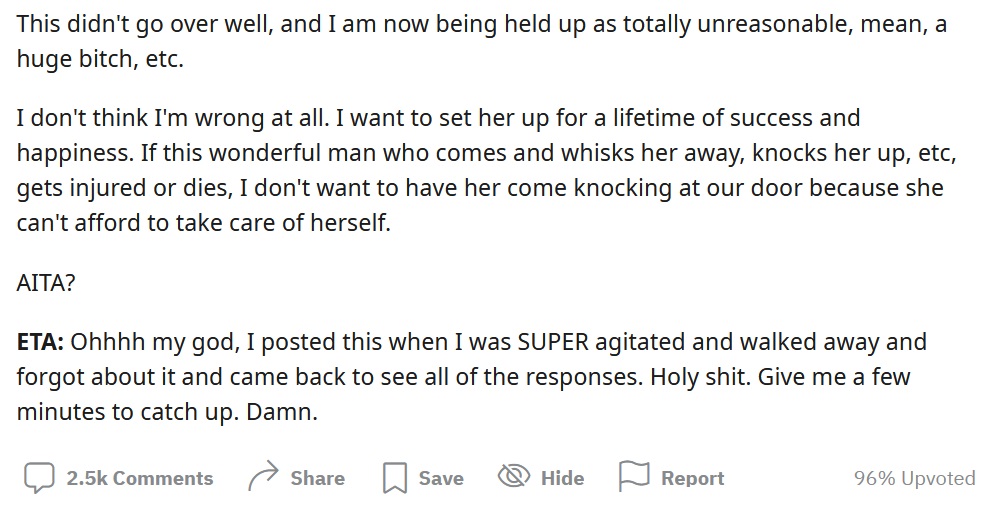 As we can see the mom showed some understanding by telling her daughter that there is more than college in life because there are more than plenty of other ways one can provide for his family. One of the main reasons that the mom didn’t wanted her daughter to become a stay-at-home wife is because she would become totally depended on other people, which as we all know it’s not wise.

Here is how other people reacted:

What do you think?