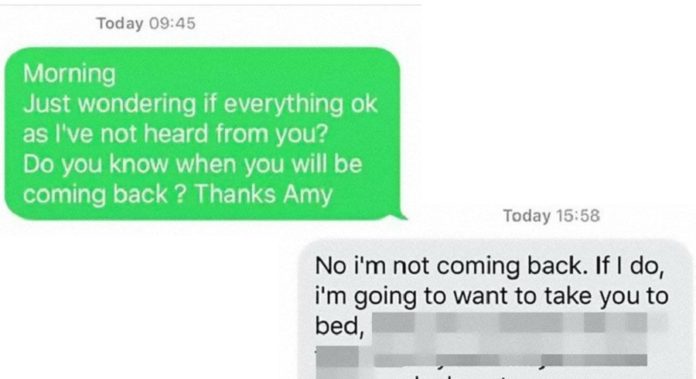 Renovating your kitchen shouldn’t be that big of a deal, especially if you follow the recommendations and choose a proven builder. However, although this woman asked for recommendations before she hired the builder to help her out, she was left by herself after the man decided to pack up his stuff and leave three days into the job.

The woman was wondering what could have happened for him to leave without completing the job, so she decided to message him and ask if he would be coming back. What happened next shocked her, and everyone that read the text. In the response, the guy described a scary scenario that sent shivers down her spine, so she posted the screenshots on the Girlsmouth Facebook group.

She messaged him and received this reply, and she was in so much shock that she didn’t respond. The people in the group had some advice on what she should do in this creepy case.

Yes, you read that right. Although a lot of the group members thought it was funny at first, they quickly realized that this was really not okay, and it was very unprofessional and scary. 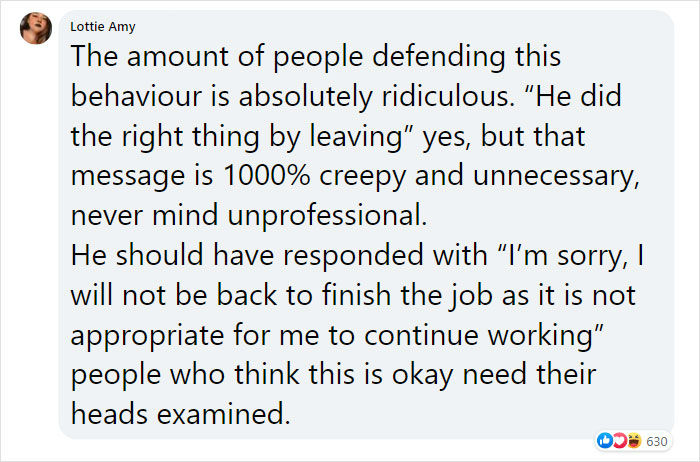