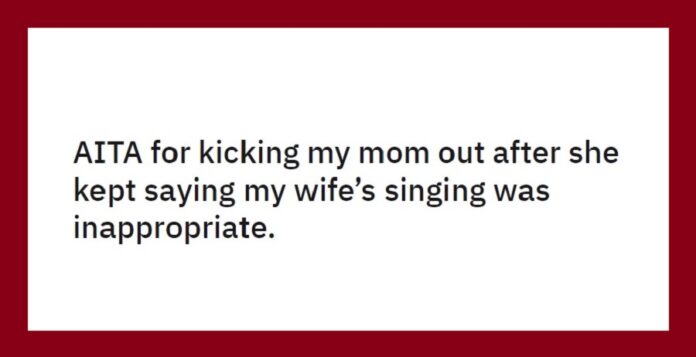 No matter how much you love your family, you should set up some boundaries – especially if you have a family on your own. Yes, we’re well aware that it can be extra hard to do that because of all the cultural pressure to support each other no matter what, but what if they don’t respect you, your SO, or your children? It’s normal to extend extra grace to your family, especially when they’re in need, but you still have to set boundaries to maintain a healthy life and a healthy relationship.

Case in point, one man decided to take it to the popular Am I The A-hole subreddit and ask if he was in the wrong for kicking out his mom out of the house after she kept criticizing his wife about her singing. This is a wild one, so stay tuned.

The man shared that his wife has a beautiful voice, and she often sings songs to their one-year-old. The songs range from simple baby songs, to songs such as ‘Can’t take my eyes off of you’ by Frankie Valli. Now, the OP also shared that some time ago, his mom got evicted from her apartment, so he and his wife offered to help her and invited her to stay with them for a while. The problem came when his mom started complaining about the mom singing to her child. But what was it all about? Well, the grandma believed that the mom was a bad influence to the baby by singing inappropriate songs. So, the OP had no other choice but to kick her out to live with her other son.

Now, however, he was being accused of being an a-hole, and he was feeling guilty, so he decided to ask the court of Reddit for an opinion. 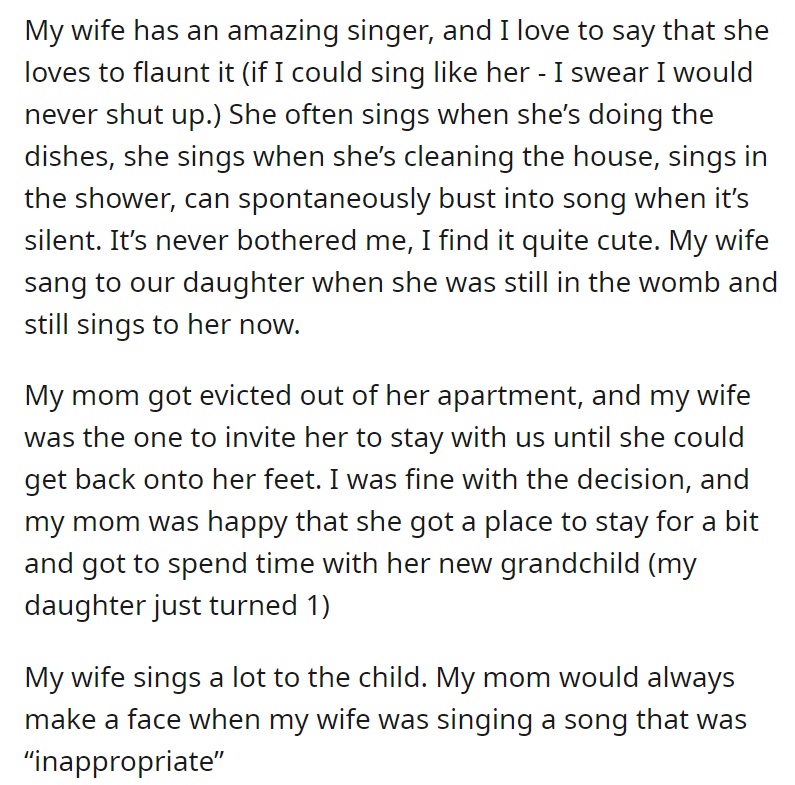 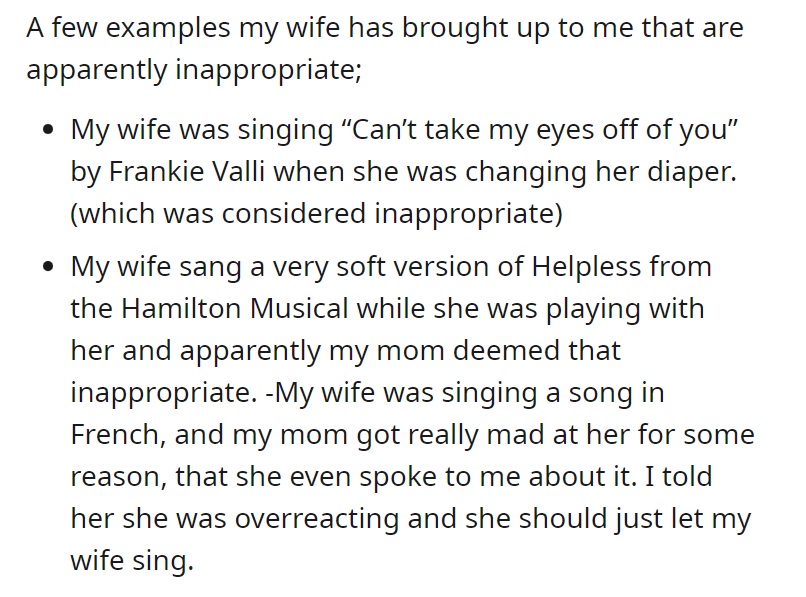 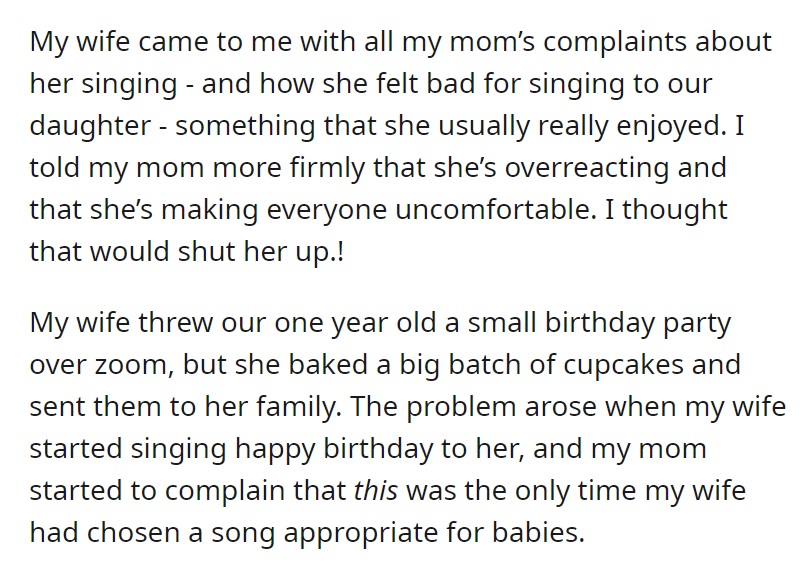 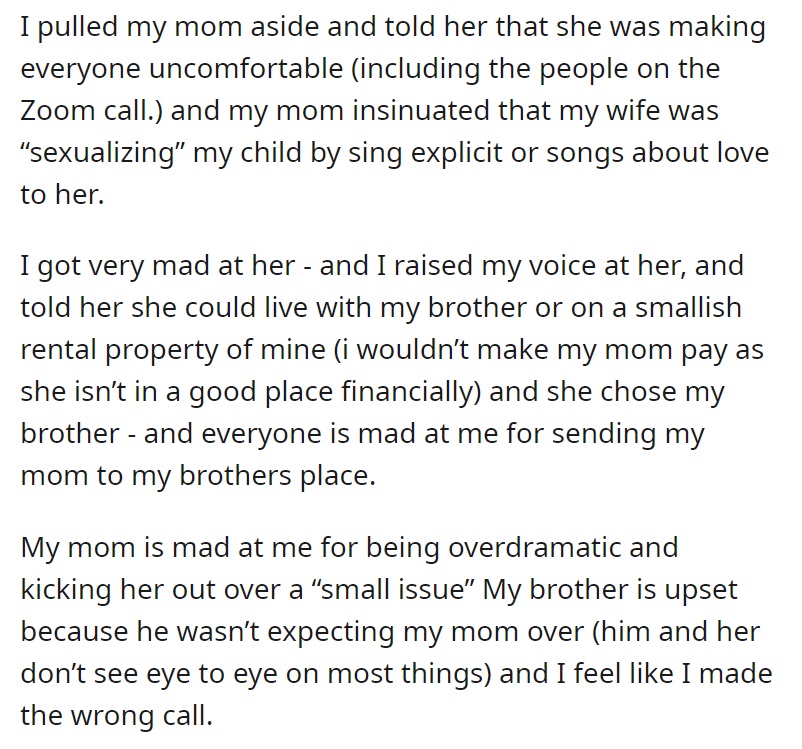 Expectedly, almost everyone voted that the man is not in the wrong here, and the grandma essentially kicked herself out. If it wasn’t such a big of an issue, why didn’t she drop it when he told her not to complain about his wife’s singing?
NTA all the way. 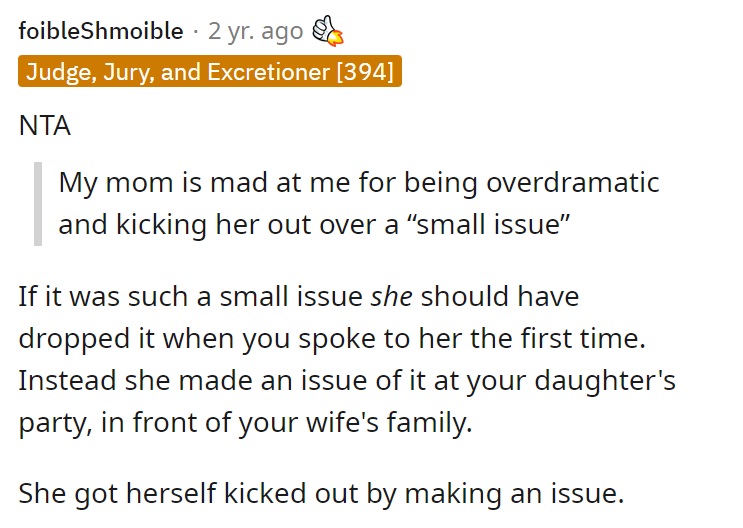 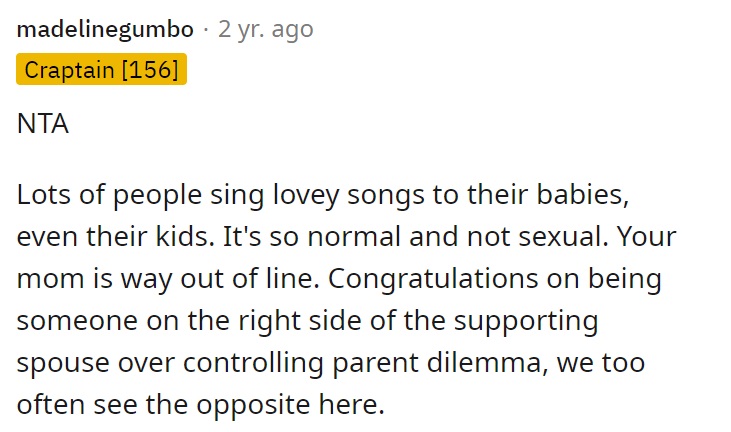