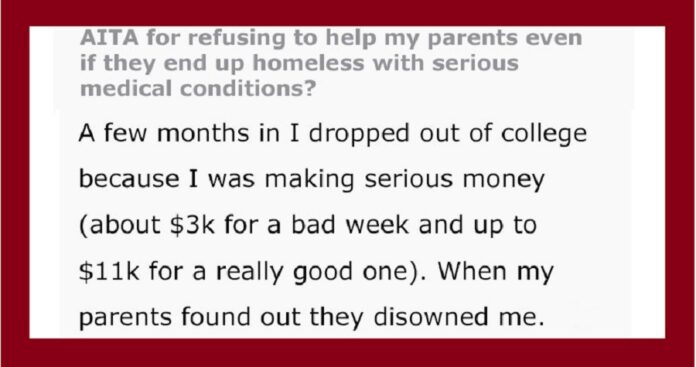 One of the things that many people take for granted is the love and support from their family. If you’ve been raised in a loving and supportive family, you’ll never know the struggles of people that have been part of a disfunctional family – and there are many ways in which a family can be disfunctional. However, is it okay to expect support from a family member if you turned them down when they needed you the most?

Reddit user u/Born-Problem-8280 recently shared her story to the popular Am I The A-hole subreddit to ask if she was in the wrong for refusing to help her parents even if they ended up homeless with serious medical conditions. Judging by the title, you’ll probably lean to the ‘You’re The A-hole’ side, but there’s much more to the story. You see, the super-religious parents disowned their own daughter around 9 years ago for not being religious enough. So, now, almost a decade later, they asked her for help when they were in need, she refused to help them.

Now she wanted to know if it was an a-hole move, and Reddit responded. 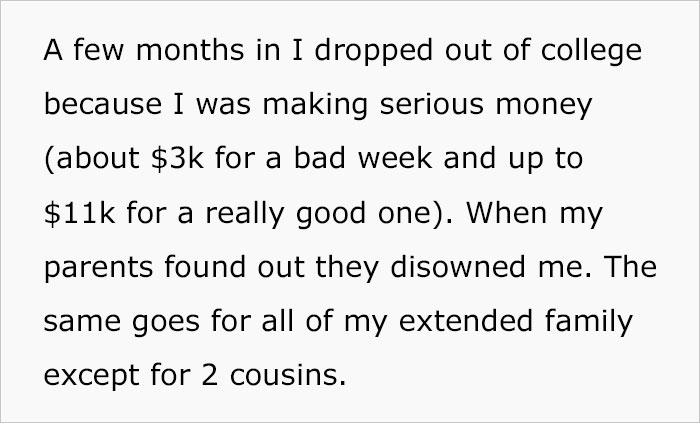 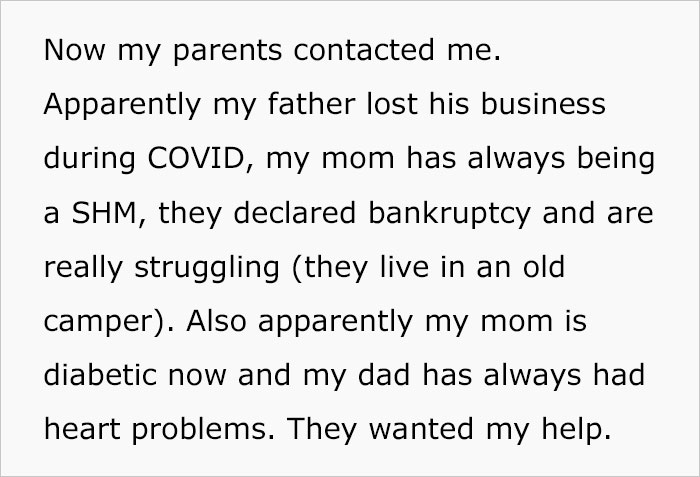 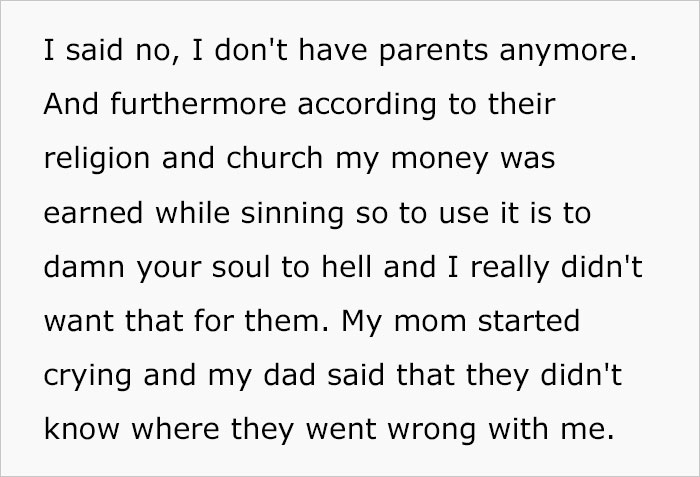 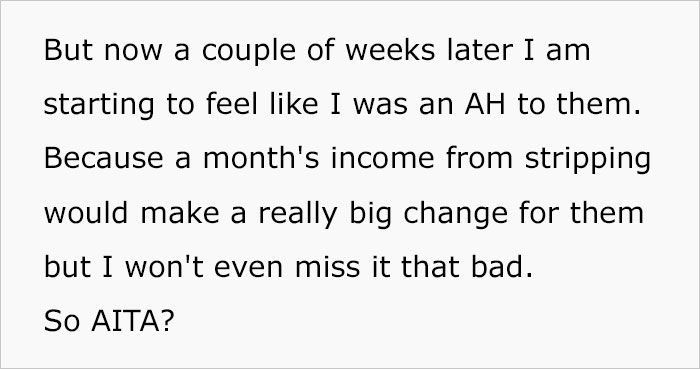 Reddit almost unanimously voted that the woman is not in the wrong here, as it was her parents’ decision to disown her. As one of the commenters put it, the woman should ask herself if the parents would be reaching out to reconnect if they didn’t need financial need – and the answer is no. So, she’s not the a-hole here, but they are! 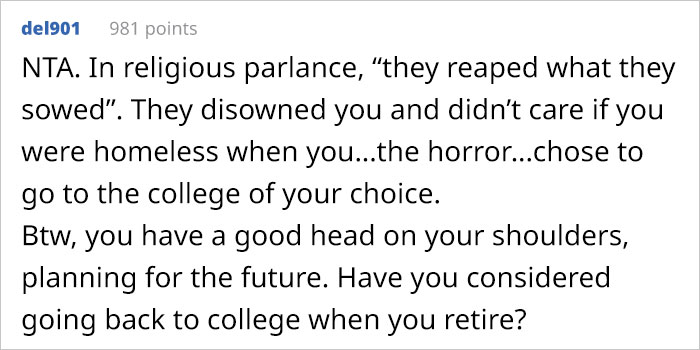 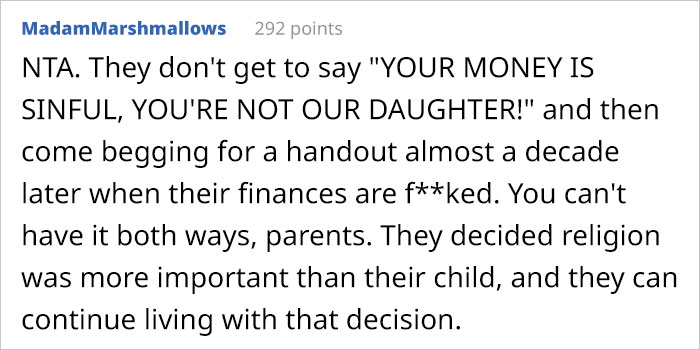